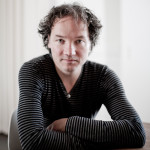 Bas Haring is a thinker, asker, writer, and speaker. In a clear and inspiring manner, Bas tries to connect science and daily life by writing books, columns, and by TV performances. Bas Haring is endowed professor “Public understanding of science” at the university of Leiden.

At the moment, he is writing a book about “A real successful life”, and earlier he wrote books about the brain, consciousness and thinking machines. As a scientist, Bas specializes in communicating his work to a broad, general audience in a refreshing, innovatory way. Here, his main objective is to help people to gain better understanding of the world around them. He creates a clear image of this world by alternating between scientific theories, and practical examples. Because Bas focuses on the essence of science, his way of thinking is very inspiring for both scientists and non-scientists. As a speaker, he always surprises his audience with a twist in his story, which makes the audience engaged, and prompts them to think!